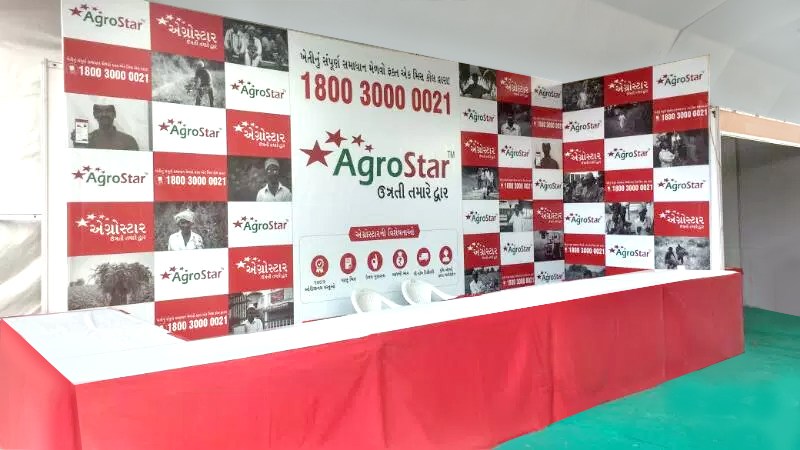 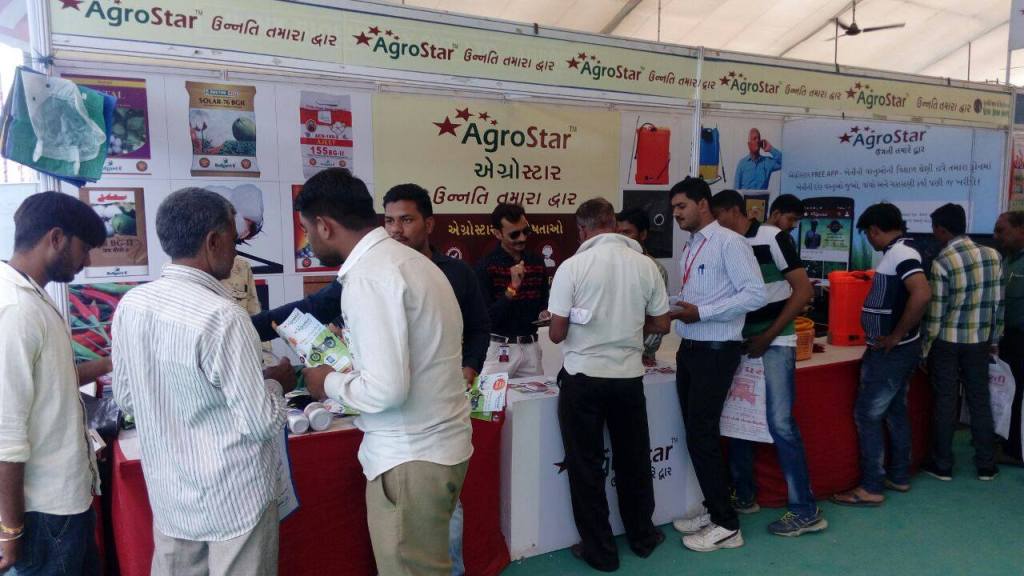 Stalls of all different agricultural brands stood opposite each other, giving a picturesque look to the market-place. This is what a typical scène of a ‘Kheti Mela’ looks like.

The city was still in slumber at 9:00 am when I reached my destination. Since this city gets lost between big cities like Ahmedabad and Vadodara, I had modest expectations in terms of the crowd at the fair. As the day began, the fair opened up with a herd of turban-clad people, looking around at new products displayed in various stalls and farm technologies the fair had to offer. They gaped at new pumps, solar lamps, seeds, etc. at different stalls.

Quite amazed by the interest for the bag, I join the bandwagon and start shouting,” One miss call”, when suddenly, I was surrounded by a sea of people with mobile phones, squeezing through the crowd, to reach out for the bag in my hand. I gave an astonished look at the red bag, for which all the farmers were vying. A few curious farmers asked me, “If we give a missed call, will we only get red bags?” To this, I replied “No sir, much more than that. We will give you a wealth of information on farming as well. Just give a missed call on this number. The red bag is a small gift for you.”

By afternoon, there was a deafening chaos at the stall for the red prize! Suddenly, a woman asked for the red bag. When I pointed out to her that she already had a red bag, she said it was for her neighbour. Such was the craze for our premium red bags!

As the sun started setting, the crowd slowly dissolved too. My eyes gazed at the sea of people who had our premium bags, and it stood out strong even in the dim light. In no time post-sunset, the fair became lifeless just like a graveyard and I grabbed one of the premium red bags to join the ‘Red Army’.

More than a year of being at AgroStar, an active and shouting participant in quite a good number of agri fairs across Gujarat and Maharashtra and the energy is the same on either side for the AgroStar red bag.

Being Red Army, Being AgroStar!